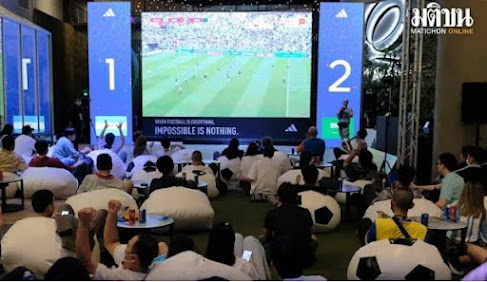 THE Fédération Internationale de Football Association  (Fifa) today (Nov. 23) threatened to cut off the live broadcast of World Cup 2022 knockout stage matches that begins on Dec. 3 and ends on Dec. 18 with the final match after it discovered licence infringement with signals spreading from Thailand to other countries, Thai Rath newspaper said.

Fifa warned Thailand to urgently fix this leak to other countries or else it will halt the live broadcast which would prevent Thai football fans from watching the biggest global football tournament.

Sports Authority of Thailand Governor Kongsak Yodmanee has sent a letter to National Broadcasting and Telecommunication Commission (NBTC) to inform all digital terrestrial television programme providers, including all five multiplex networks and Thaicom Plc, as well as set-top-box and cable service providers under must-carry regulation, to comply with the Fifa licence terms.

Posted by Gerrit Tienkamp at 08:47