Russians the biggest tourist group in Phuket in November so far 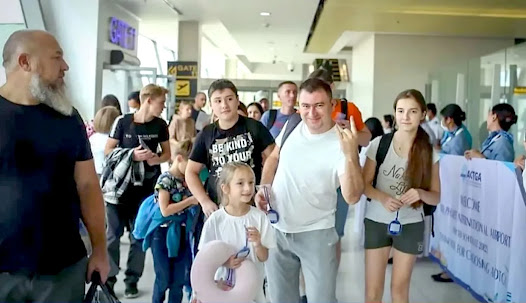 Russians have made up Phuket’s biggest group of tourists so far in November. From November 1-10, Phuket saw 18,370 Russian tourists.

The total number of foreign tourists was 75,247, The Phuket Express reported. The next top four countries for tourism in Phuket were: India with 8,939 tourists, Australia with 5,275 tourists, the UK with 4,511 tourists, and Germany with  4,152 tourists.

In September, the TAT said that Malaysians made up Thailand’s biggest tourist group this year. The next three countries with the most tourists were India, Laos, and Cambodia.

But the number of Russian tourists appears to be growing in some areas of the kingdom. Last month, the first direct flights from Moscow to Phuket International Airport resumed.

Also last month, the island of Koh Samui expected to see a surge in Russian tourism, especially in December. Russian tourism has been a big revenue-producing staple of Koh Samui but was stymied by the Covid-19 pandemic and then the Russian invasion of Ukraine.

The return of Russians is expected to bring a big boost to tourism on Koh Samui and the surrounding islands, Koh Pha Ngan and Koh Tao. Residents of Russia and other European countries that experience freezing cold winters are plotting their escape to the warm tropical weather in Thailand.

As of October 26, Thailand witnessed 7,349,843 international tourists arriving, surpassing the 7 million mark. It’s put the country within its goal range set by the Tourism Authority of Thailand (TAT) of 7 to 10 million visitors for 2022.

Posted by Gerrit Tienkamp at 09:32